On October 2-3, 1971, all of the line officers, staff advisors and patrol leaders of the Deep South Region of the Eastern Division met in an organizational meeting in Linville, North Carolina, to establish by-laws and an Executive Committee for the newly formed Southern Division of the National Ski Patrol system.

"We've come a long way in the past 8 years...from two volunteer area patrols to a National Division (and not the smallest one either!). The best is yet to come. As we enter into the 71-72 season we have our largest team yet! 15 area patrols, 5 sections, 2 regions, and 400 patrolmen. Instead of the single fall refresher at Asheville, we will have five this year, with the finest text yet produced.

Here in the south we can justifiably look with pride upon our past service and fast rise within the System. We have built our reputation on the genuine friendship and cooperative spirit that has become known as the "southern way". It is a reputation worth keeping."

Today, the Southern Division has grown to approximately 1200 patrollers, patrolling at 18 different mountains across 5 different states. Many Division members proudly serve at the national level. 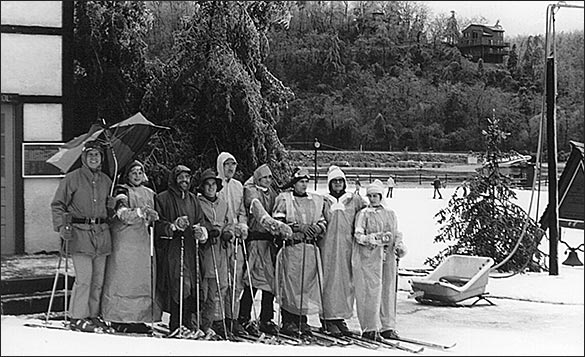 The latest edition of
The Southern Cross
is now available

Pay for classes and clinics using PayPal!
Specify in 'comments' your name and what you are registering for